Creme puffs are fantastically customizable for any occasion. Making pâte à choux is not as hard as people say it is, and with a few simple steps they will turn out beautifully! I’ve filled mine with a blueberry lemon filling and that recipe is listed below as well. Let’s get into it:

Toss the water, milk, butter, and salt in a pot and cook over medium heat until the butter and water are boiling.

Remove pot from heat and dump in the flour all at once. Stir vigorously with a wooden spoon until a dough is formed. Keep stirring the dough for 3-ish minutes. A butter film will form on the bottom of the pot, and that’s normal.

Let the dough sit for 3-5 minutes, or until you can stick your finger in it without getting burned. In a stand mixer with the paddle attachment, or with a hand mixer, or with a wooden spoon, beat in one egg at a time. Fully incorporate each egg until all are combined. (You can also add spices like some cinnamon, a little vanilla extract, or some savory spices if these will be savory puffs.)

Spoon the batter into a pastry bag and pipe 1 inch blobs onto a lined tray about an inch apart. It’s important to hold the bag straight upright and not move the bag upwards as you pipe. Let the dough force down onto itself and it will spread naturally. If your puffs have points, put a touch of water on your finger and pat them down, otherwise they will burn. (Option to brush with egg wash, I usually don’t though.)

Bake 10 minutes, then (without opening the oven) reduce the temperature to 325ºF. Bake another 20 minutes, until golden brown and dry on the inside. Let fully cool on the pan. 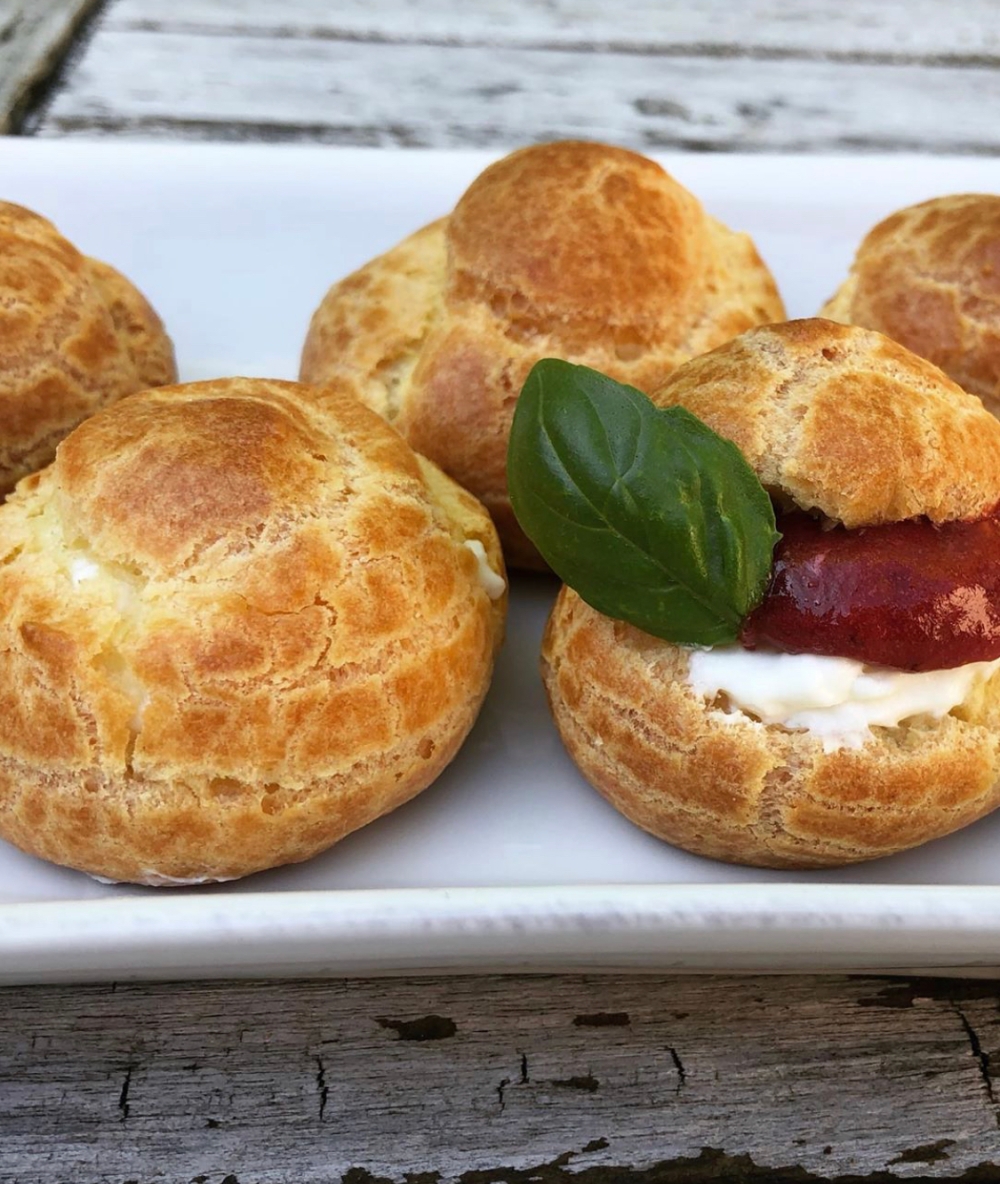 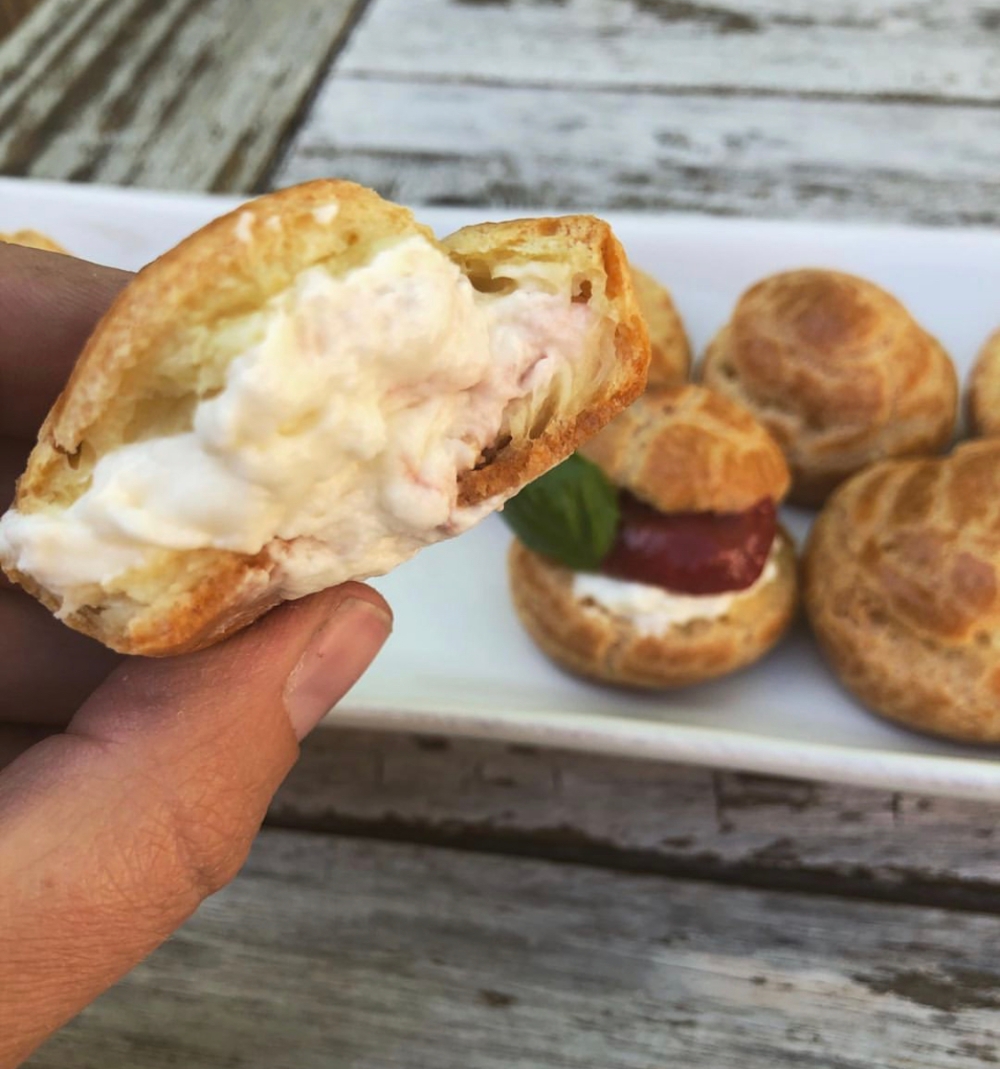 It’s not a creme puff unless there’s cream in it…the cream I added was: 1 cup heavy cream whipped with 3T powdered sugar and a strawberry-balsamic jam. That was put into a piping bag and the I filled the puffs until they almost exploded. There’s nothing worse than a lightly-filled creme puff.

You can also use this pâte à choux to make profiteroles–just fill them with ice cream instead of cream and cover them in chocolate ganache.

You can ALSO use it to make eclairs–just pipe them into lines instead of circles and fill with pastry cream!

You can ALSO ALSO fry it and make churros–just use a star tip to pipe them and drop them into hot (400-425ºF oil) and cook until golden.